I’ve moved to another hotel for another four nights. It’s called ‘Young Womens Christian Association’ hotel, it is next door to Travelodge but about $60 a night cheaper (although I have to share the bathroom). It is a bit of a come down from the hotel in India where there was two showers in the room!

I watched Neighbours on Channel 10 last night, I only recognised Harold Bishop that was it. I went to Bondi Beach and saw these rocks, reminded me of the night Harold disappeared – 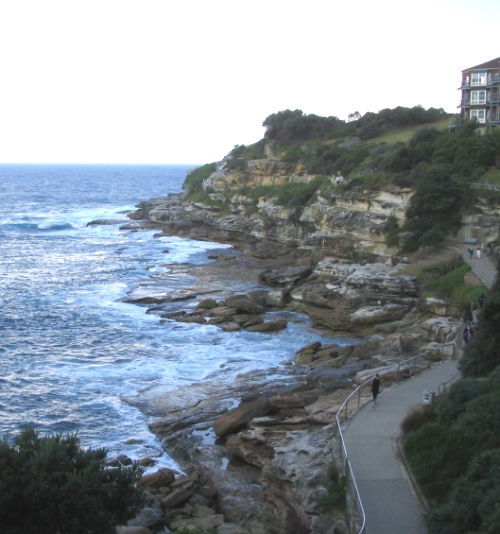 As is typical for holidays I’ve covered about 50 miles on foot since I’ve arrived and have the blisters to prove it!

This bridge is 100x more impressive than Tower Bridge – 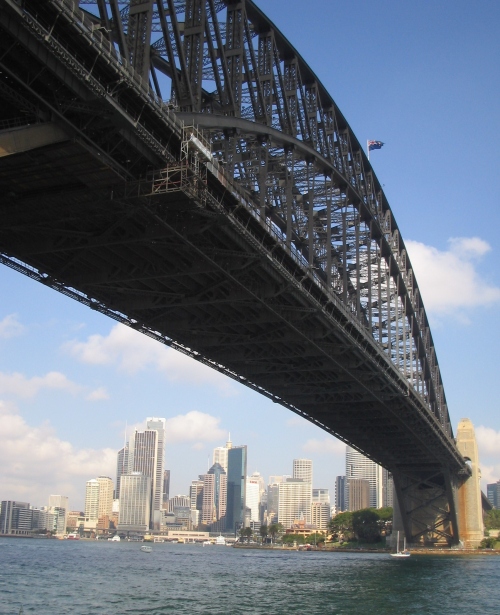 Went to my first ozzie barbie last night, they are a lot like BBQ in England except the meat tastes better and sausages are called ‘snags’!!