Last weekend, Amy, Marcy, Chris and I went down to Melbourne for the Australian open. We also did some touring of Melbourne and the surrounding area, which includes Daylesford and The Great Ocean Road. Our first stop was Melbourne, where we watched Baghdatis play against Hewitt, however the match didn’t last very long, Baghdatis gave up due to an injury. We also watched a womens game staight afterwards which was fun! 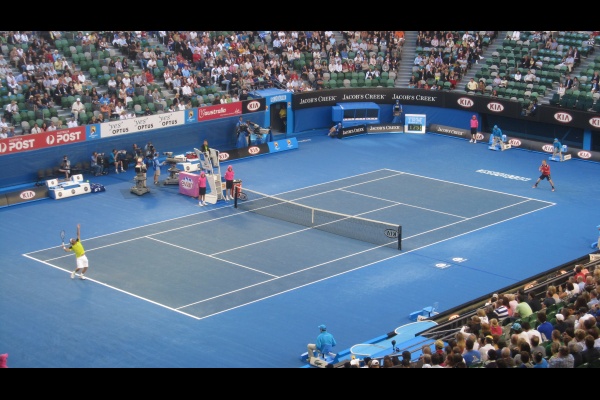 There’s lots of things to do at the tennis, one of them is to get your photo taken with a giant tennis ball – 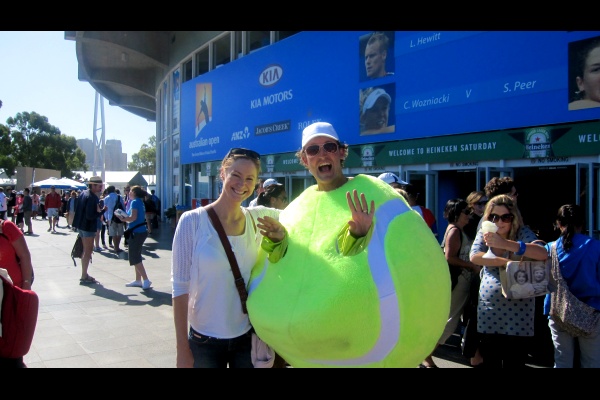 Amy with a giant tennis ball

The next stop on our trip to Melbourne was a place called Daylesford which is a small town North West of Melbourne, it was really nice and had Spa’s for the girls (and Chris). We stayed in an awesome house for the night and watched some more tennis – 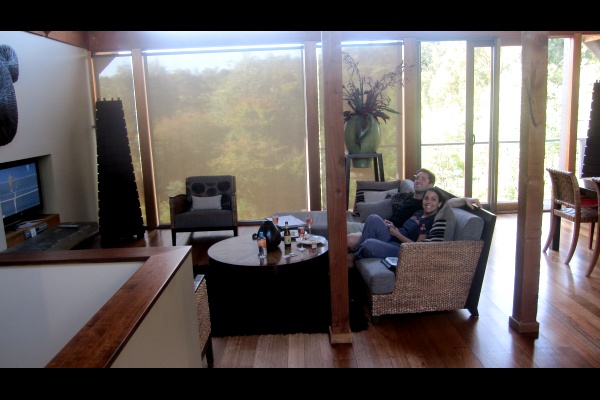 That evening we went to a restaurant called Mercato which was really good, it felt like we were in someones front living room but the food was awesome!

The next day we set off on our Great Ocean Road adventure, which would cover a lot of miles of driving through the country side, where we even saw a twister style wind tunnel caused by dust. Chris drove us to the Apostles which were a bit out of the way but it was fantastic to finally see them, here’s Amy and I with some of them – 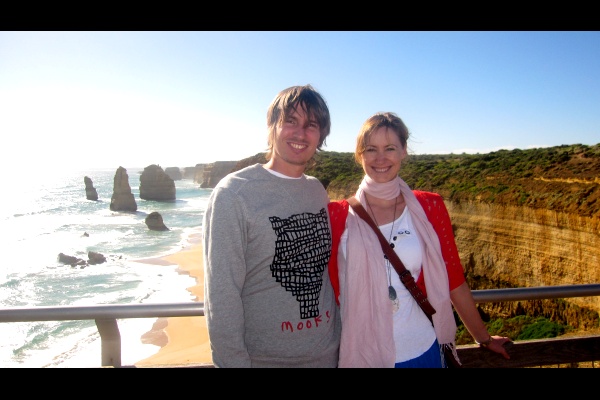 Amy and me at the 12 Apostles 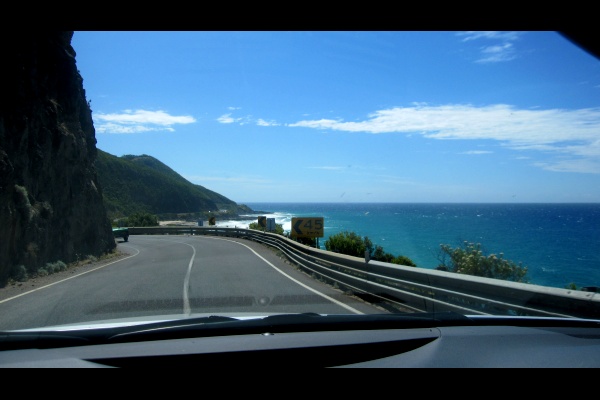 That brings us to the end of our Melbourne adventure, it was great fun!