I don’t believe it is possible to be any further away from the United States than I am now, so going to the ‘shopping mall’ in Gurgaon for McDonalds/Subway/Marks and Spencers for lunch still doesn’t feel right, I don’t think I’ll get used to it any time soon, let alone the people who live here.

After leaving my SPV mobile in my black bag in midday sun for a couple of hours last Sunday and it consequently breaking; I have purchased a new phone here in India. Phones are about Rs. 6500 (£80) cheaper than the UK so I got a nice Nokia 6100 at a very reasonable price, I am so glad I have gone back to using Nokia, it has such a great easy to use system on it.

There was an Earthquake in Delhi on Thursday, but I did not notice it 🙁

This is our new driver, Mr Rarjinda who told us a story about a fight between a monkey and a dog in Hindi once. He is so much better than Mr Saruj, and also the guy we had for a day who’s name I didn’t get, who I was sure didn’t actually know how to drive. 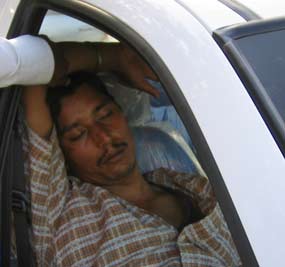 I still have not seen a cloud, I wake up in the morning hoping that it might be ‘overcast’ for the day. Normally blue skies would leave the average person who spends most of their time in a country where it rains a lot thinking great! However, I feel I am getting cloud withdrawal symptons. It would be nice to just see one of those little guys floating in the air, maybe just a little plane contrail cutting through the vast blueness of the sky, but no. Not a sinnnnnngle cloud.

I said last post that I thought the Hindustan Times was a little bit harsh when it said that Delhi was unsafe for women. I’ve changed my mind, this city is definetly not safe for women on there own, especially tourists. Gruesome Story Here.

This Saturday I went on a serious tourist tour of Delhi with Nitin. This is a picture of the Lotus Temple, where people can go and pray. It’s very nice, you are not allowed to talk when inside and there’s even microphones under the seat that will catch you talking and subsequently get you kicked out.

These are the trees in the garden of the Lotus temple. There the roundest trees I’ve ever seen – 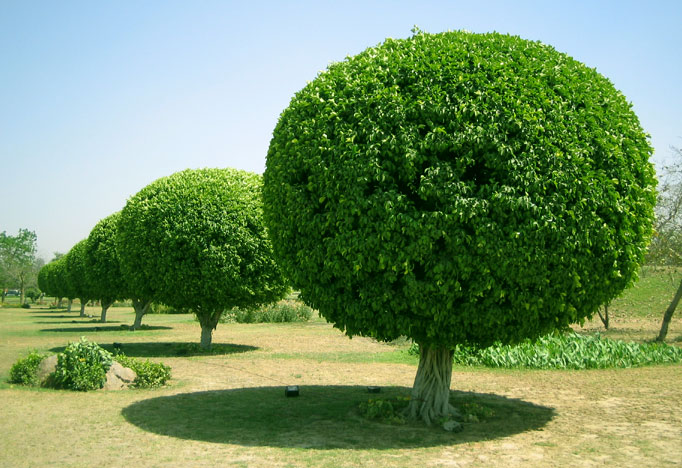 We also went to a place called “Bhagwan Mahavir Ahinsa Sthal” where I had to take my shoes, socks and belt off and then I had to wash my hands before we could go up to see the place of worship. Your not allowed to take photos of it so I didn’t.

We then went to a place called ‘Dilli Haat’ which sold loads of nice India style things. I bought an Indian style shirt and some presents. This is a picture of a lady dressed in lots of colors (she must have been boiling though as it hit a max of 37 degrees today) – 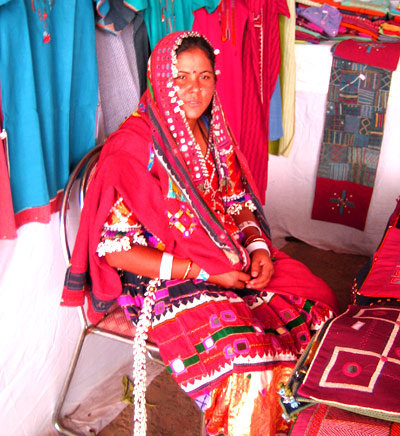 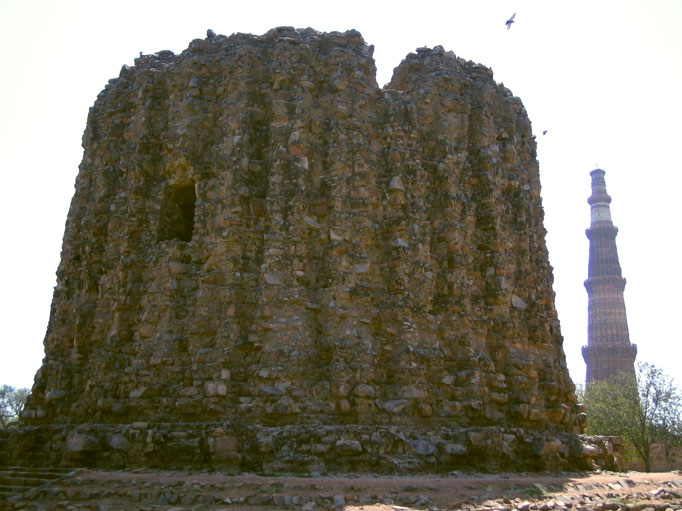 We also went to TGI Fridays and a Shopping Mall where I got some CDs for a 3rd of the cost in the UK! Brilliant! A great day out, Sunday I just spent the day by the pool. The monkeys were back again in force, one even jumping for a great height into the swimming pool. Eventually the hotel management came out in force and then some guy showed up with a rifle, so monkey brain may be on the hotel menu tomorrow…..