This weekend we had a Mexican/Poker party at our house. We invited as many as we can fit into our flat (which is about nine people). 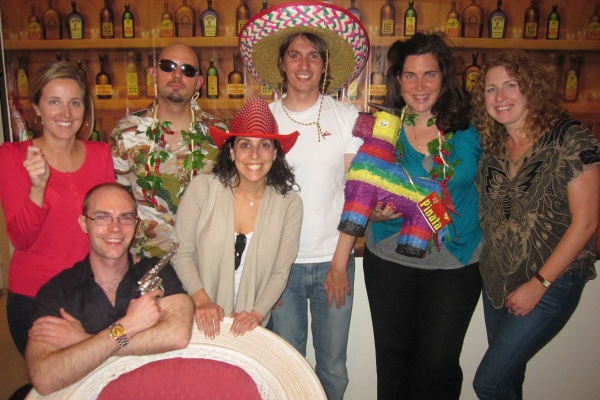 Lorraine gave me a fantastic recipe for chili which I had to make the day before but turned out great. We also bought some scene setters turning the living room into a full on Mexican party house. I even went as far as learning a couple of Mexican tracks on the guitar! 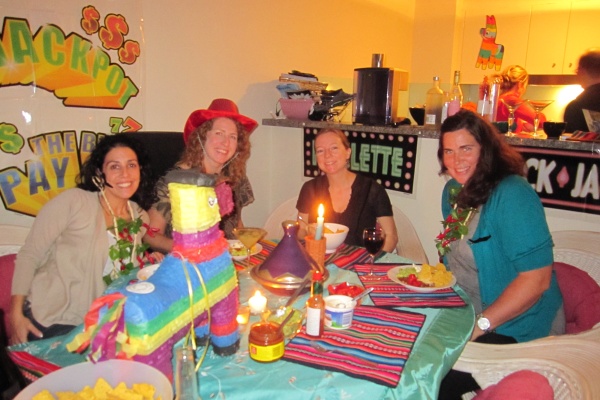 Marcy, Lozza, Nancy and Steph on the Mexican Poker Table

After mexican food we played two tables of poker on a quick elevation system for the blinds which meant we were finished within a reasonable time, Simone ($90) took the jackpot, I got second place ($30) and Marcy got third ($10) which was great fun. The coronas, sols and tequila margaritas were flowing all night it was brilliant!

The next day we were lucky enough to get invited out by Stephanie to go sailing with Lars and his wife and their friends. The weather was fantastic and was nothing like winter, although when we jumped into the water it certainly didn’t feel like summer, it was so cold that I could feel my skin actually burning from the coldness! We even did a bit of sailing with the sails up managing to get up to about 5 kts at one stage and we did some “tacing” and “jiving”, I was hanging in by the skin of my teeth in regards to the sailing terms being used. 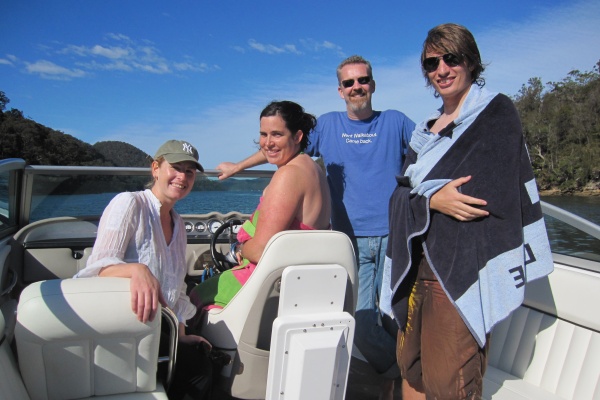 Lozza, Steph, Lars and me on Push Pin

Push Pin was the speed boat that tagged behind the back of the hybrid catamaran and is named after the little pins on Google Maps! It was a geeks dream being on the boat with one of the guys that invented Google Maps and the project managers of Google Wave! It was a fantastic day and I think we all felt totally spoilt spending the day on such a luxurious boat with very nice people, so much so that I didn’t want the day to end as we headed back to the marina to park the boats. 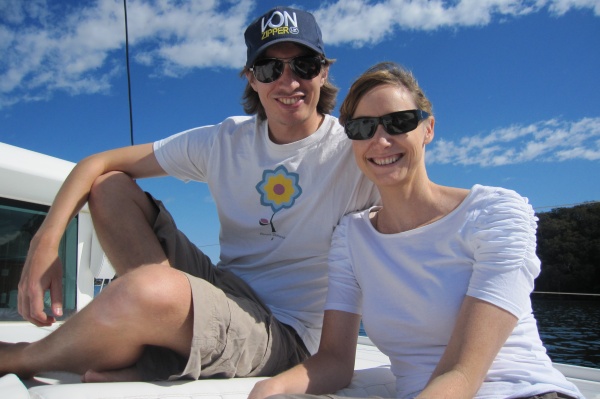 Amy and me on Serenity

A fantastic weekend and a fine way to mark the 500th post on the blog, a lot more interesting that the very first entry nearly six years ago!