Mel and Matt got married this weekend in the lovely area of NSW called the Southern Highlands. Amy and I had not visited it before so it was nice to go somewhere that was fairly close to Sydney that was new. The placed we stayed in was called Bundanoon which soon became known as Bonnie Doon, which is a completely different place but is well known in the cult classic ‘stralian film The Castle. 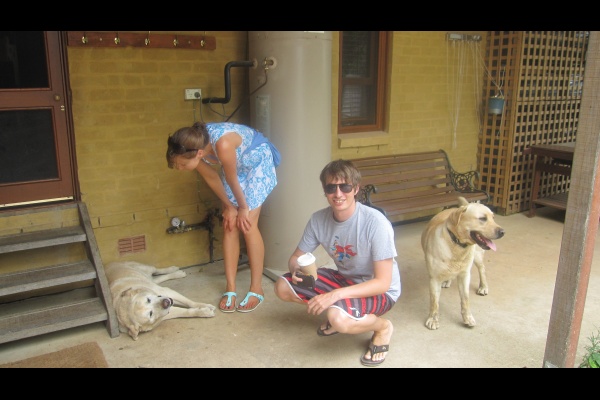 Amy and I with the dogs of Candlebark Cottage

Rach and Mike organised a fantastic cottage on the out skirts of the town, when we arrived we drove past the entrance and started heading down a road that became more and more progressively off road and up to a point where a spider’s web crossed the road. However after a few problems with finding the place we were there no problem and it was very enjoyable.

The weather in NSW for the weekend has been a bit extreme, with 40 degrees on Sunday and maybe 35 of Saturday, which means the state is ablave with fires. When Matt and Mel visited the wedding location this time last year it was 7 degrees, so everyone had packed some warm clothes, little did we expect it to be absolutely boiling!

The wedding was very nice and was held in the grounds of a homestead. 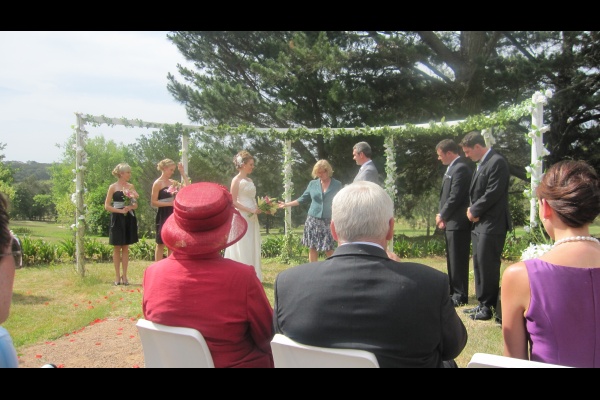 The speeches were excellent and a lot of fun was had all round. The cake was a huge stack of cup cake which were really delicious! Here’s Mel and Matt cutting them – 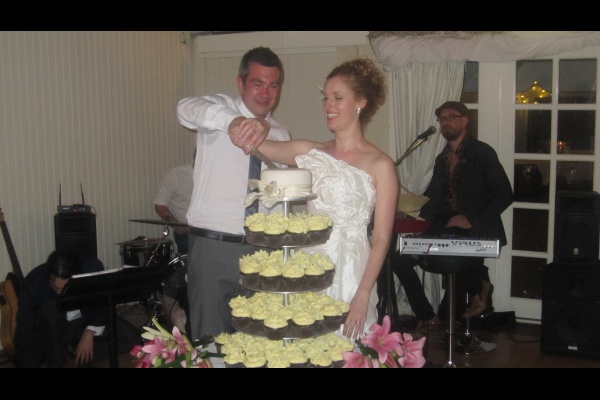 They also had a candy bar with lots of different sort of sweets which were really delicious although I felt sick from eating so many.

In the build up to the wedding we spent a lot of time in the Red Violin Cafe in Bundnoon and not drinking water out of bottles as they are banned in the town (Pepsi wanted to build a bottling factory). Here’s a snap shot of some of the gang (we pretty much took over the cafe) on the morning before the wedding enjoying themselves – 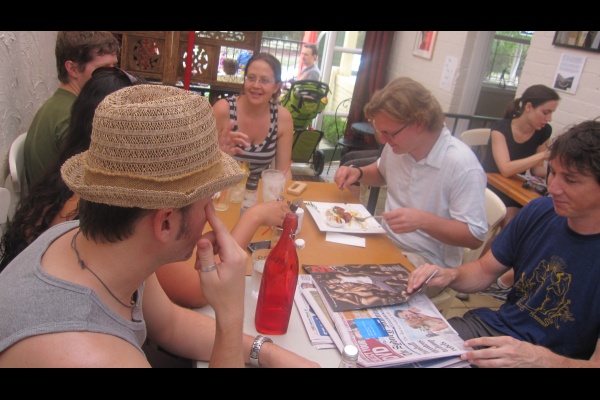 Amy, Gemma and I also managed to make a quick trip down the road we initial went down with the spiders web to see what was down there, turns out there was a view (sort of) from a trail we followed for a bit – 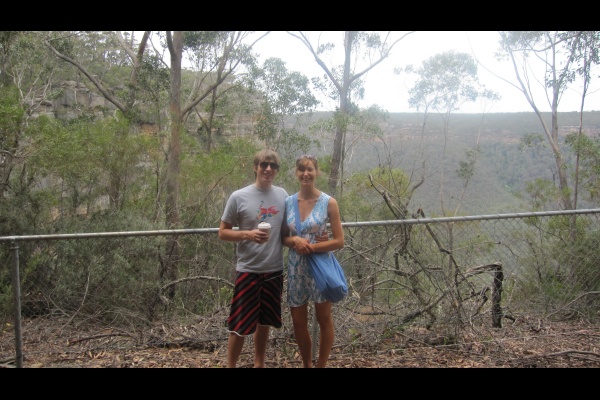 Amy and Me at the Bonnie Doon Lookup

It was a great weekend which will be remembered for a great wedding and also very hot weekend! 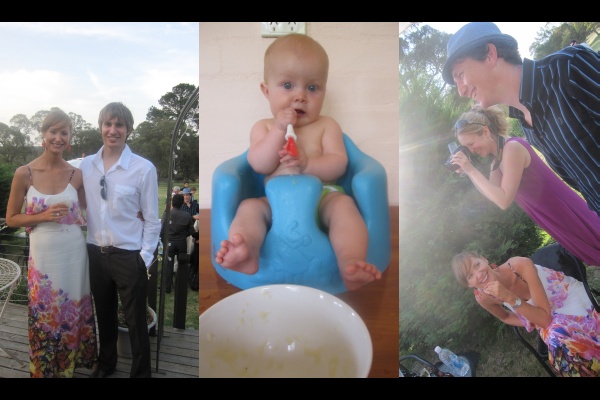 Amy and Me, Mia Feed Time, Amy and Cooster