So it has been over 2 years since the “iPhone Unboxing” that I did. The phone has been absolutely awesome and it is no surprise to me that Apple’s Market Cap has overtaken Microsoft’s. Microsoft have tried very hard to play catch up with Apple and now Google but have failed pretty badly. Their Zune copy of the iPod isn’t that great and two years after purchasing the 1st generation iPhone, walking around the Telstra store a couple of months ago there wasn’t a single phone anywhere near it (two years later). Google appear to be making some inroads with their Android operating system which is very exciting but their hardware partners are still letting them down.

So yesterday we went to Bondi Junction to see a movie and I picked up a 3G iPad, I consider it a fine investment considering I have not put down my iPhone at all since purchasing it. 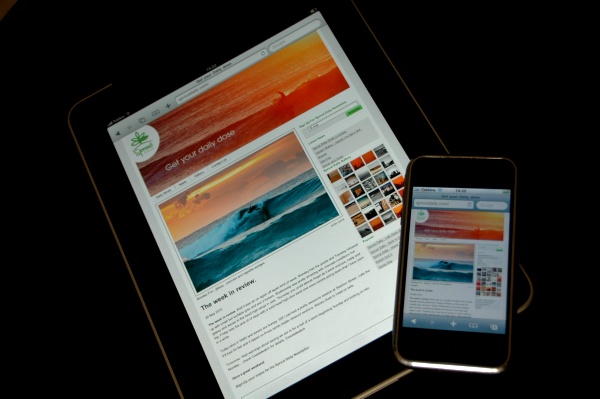 The iPad is awesome and will probably replace the iPhone for web browsing and checking email and will be great for trips away. The onscreen keyboard is great and I’ve already started to use multiple fingers at once when typing which is much more productive. The iPad works with all the old iPhone applications, although to be honest they are a bit rubbish as they only appear in a small window which you can resize to 200% but you loose all the quality of the application, although slowly but surely all the apps are starting to be ported over.

Hopefully iPhone/iPad applications will be officially be able to develop on them using Visual Studio (rumoured for the WWDC event next week) and then things will really get exciting!