When we went to see Russell Brand a few weeks back, he was telling a joke how Australians have lied to the rest of the world, it is not hot and sunny all the time. Mr G the poet laureate had only bought t-shirts from England. The reality is it does get cold anywhere South of Queensland and at the moment its about 14 degrees, which is the coldest winter in Sydney for a long time.

So what better way to celebrate that than a trip ice skating as part of the Sydney Winter Festival. 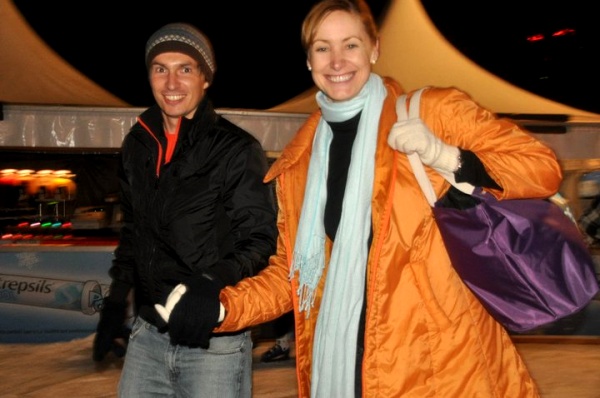 Amy and me skating (looks like Amy is going shopping)

It was a fun night, I did a skate train with Chris and Marcy, Chris went too fast for my beginner skating style and Marcy and I ended up crashing. Some nice people helped us up and said “that’s what you get for messing around”, they looked as if they were about 19 years old which I thought was funny. 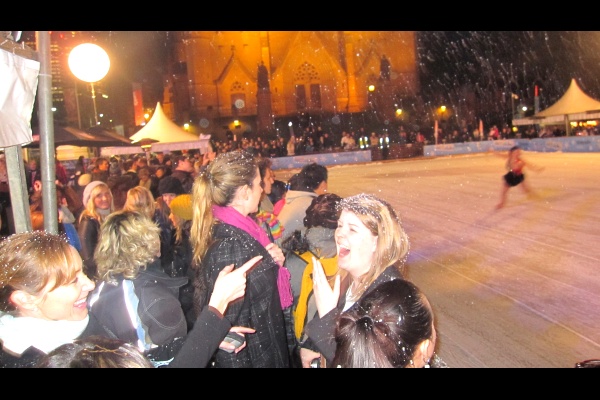 Amy, Lucy and Angharad enjoying the pro skater and some fake snow

It was an awesome evening and felt like Christmas. I really enjoyed skating hopefully we will get down to the Bondi one.