This weekend we went on a trip to the Hunter Valley, organised by Nancy and attended by Amy, Gail, Iain, Nigel, Marcus and Myself. Amy and I left on Friday night and had a very pleasant drive up to the glorious and massive house that Nancy had got us – 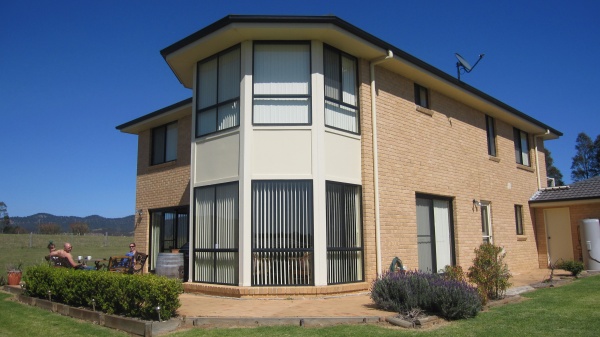 House with Amy, Nancy and Marcus on the Patio

Not shown in this shot was the pool, a very inviting clean nice pool that with the weather only in spring but around the high 20ies and tipping into the 30 degrees C it looks very welcoming. The reality of the pool was that the water was freezing, Marcus, Nigel and I managed to get in, I even put my head under for a few seconds but definitely not warm enough to be enjoyable! 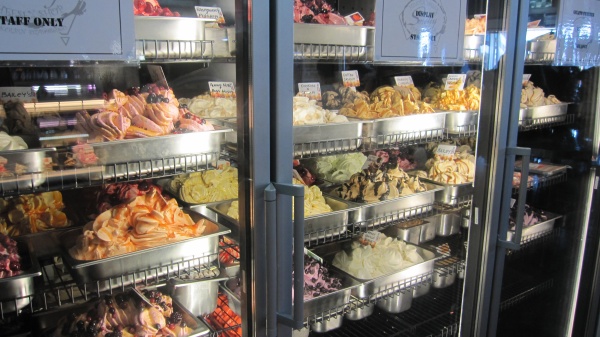 Ice Creams in the Freezer 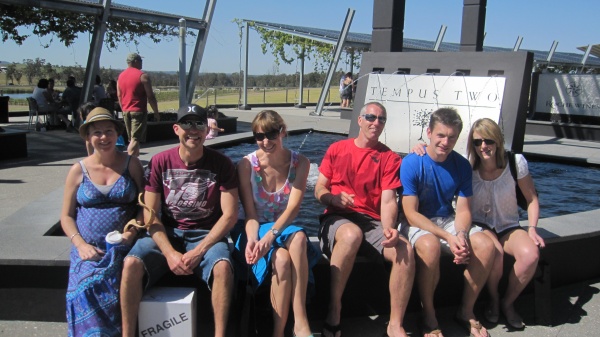 We then visited another winery called Audrey Wilkinson where I gave Amy a hug and then the people doing the wine tasting stopped and held up a sign saying no hugging/kissing allowed. It was a bit weird and I told Amy we shouldn’t buy any wine from there as pay back, it was all a big joke for everyone but I personally felt singled out and embarrassed – not the best way to try and sell wine (I didn’t buy any and will never drink Audrey Wilkinson ever).

We went back to the house where we played a lot of pool (there was a massive pool table in the kitchen area) and a bit of poker, the non-poker players cleared all the poker players up – 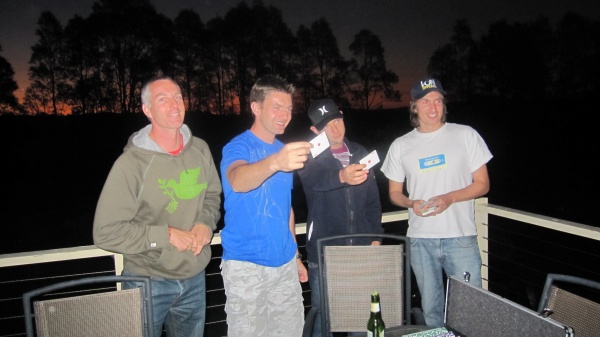 Poker on the Deck

We then had a lovely BBQ lamb dinner and Gail’s treacle pudding specialty that she also made in the Blue Mountains a few months back. 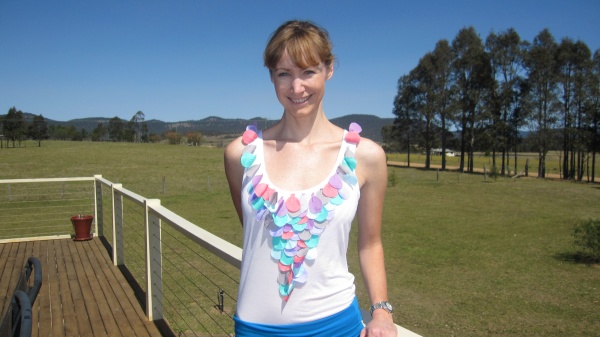 Amy on the Deck with her new top

Altogether a fantastic weekend that did not last long enough!!