Anghard organized a night of home trivia for Saturday. We all had to make up our own trivia rounds and score them out of 100 for everyone. It was extremely good fun it started at 18h00 and ended at 03h00 the next day! Which I think goes down as the longest game of trivia in history.

The view from Angharad and John’s balcony in Balmain – 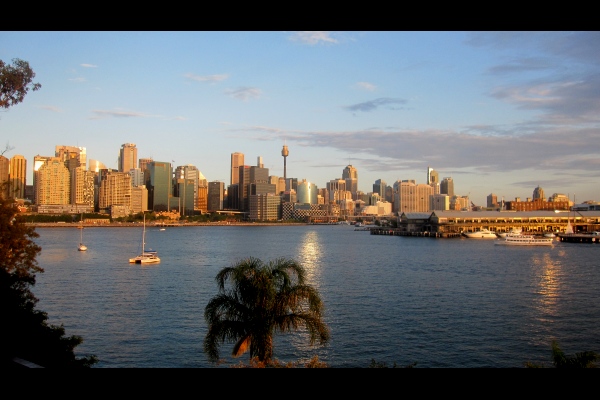 One of the rounds involved going outside and trying to keep two ballons in the air for at least 30 seconds. Another round involved watching a clip of Love Actually and remember certain bits from the film. Another round involved building a free standing structure out of pasta and chewing gum. Everyone had a different type of round which was great and very creative. 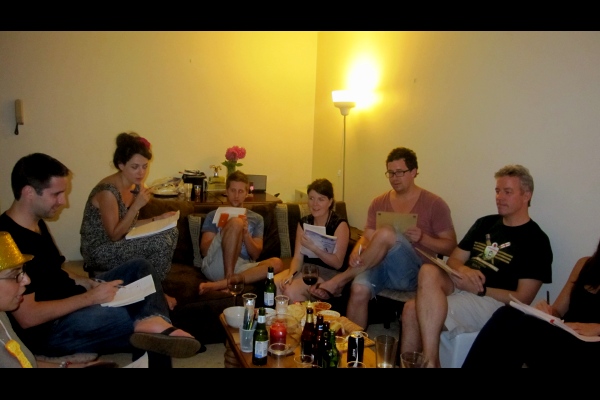 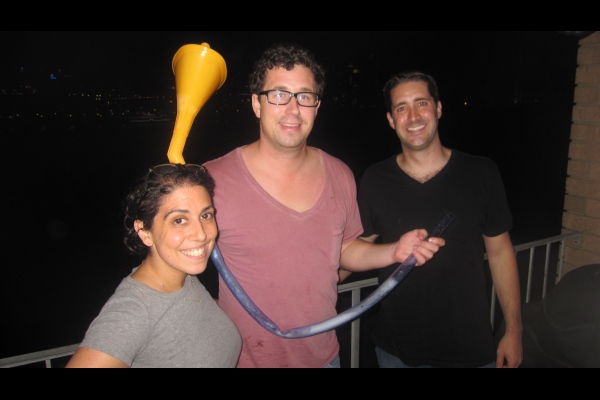 Marcy, Ian and Chris with the Funnel

As the night went on and the more drinks were consumed the harder the quiz got and then the arguments about results started to happen but all in good spirits of course. 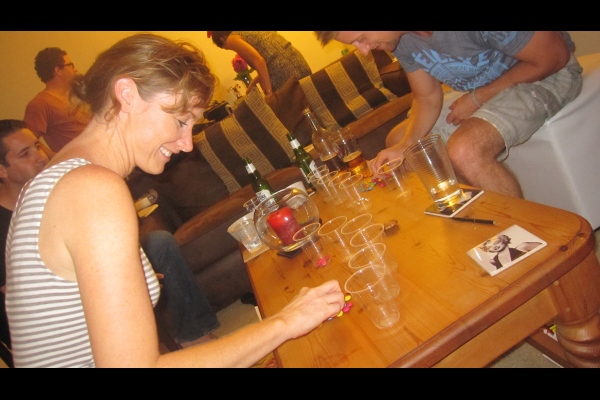 A fun night in which eight hours flew by!!!!