For my Birthday this year we went to Hamilton Island for a short break. Hamilton Island is a small Island East of Queensland, also referred to as “Hawaii” by people from the United States. It was a surprise trip so I didn’t know I was going until I opened my Birthday card! Oscar was also invited to join us for the trip, here he is waiting patiently in the departures lounge for his JetStar flight. He lost his patience near the end of the flight and demanded to walk up and down the aisle. 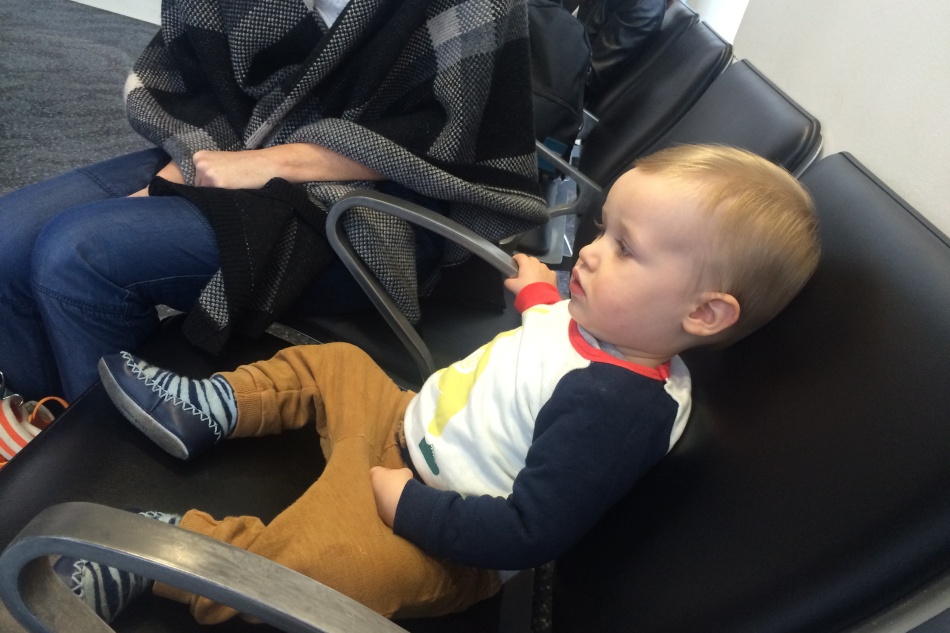 Oscar Patiently Waiting at the Airport

Hamilton Island has a few hotels and we stayed at the largest one, it looks very Miami Vice 1980ies from the outside but on the inside it had been refurbished and the rooms were really nice. Most the vehicles on the island are buggys and there’s a maximum speed limit of 30 km/h. 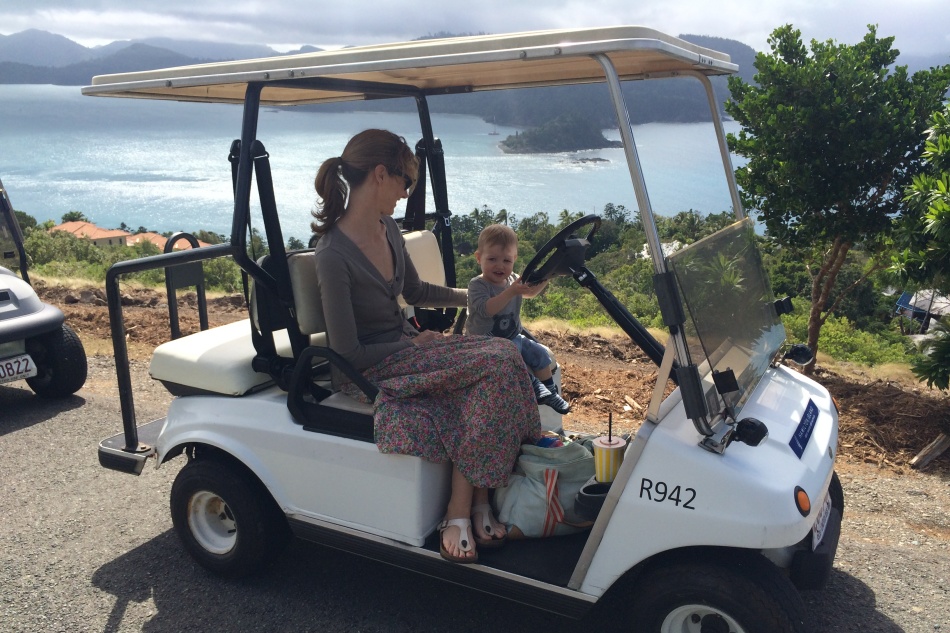 We hired a buggy on the second and last day and drove around the very small island. It was good fun, Oscar wanted to hold the steering wheel all of the time and got super angry if he wasn’t allowed to do it.

We had some fabulous dinners on the island, on the last night we went to Coco Chu which was a fantastic restaurant where we ate too much Thai food and Oscar got an entire bowl of rice and chicken and coleslaw which he woofed down. 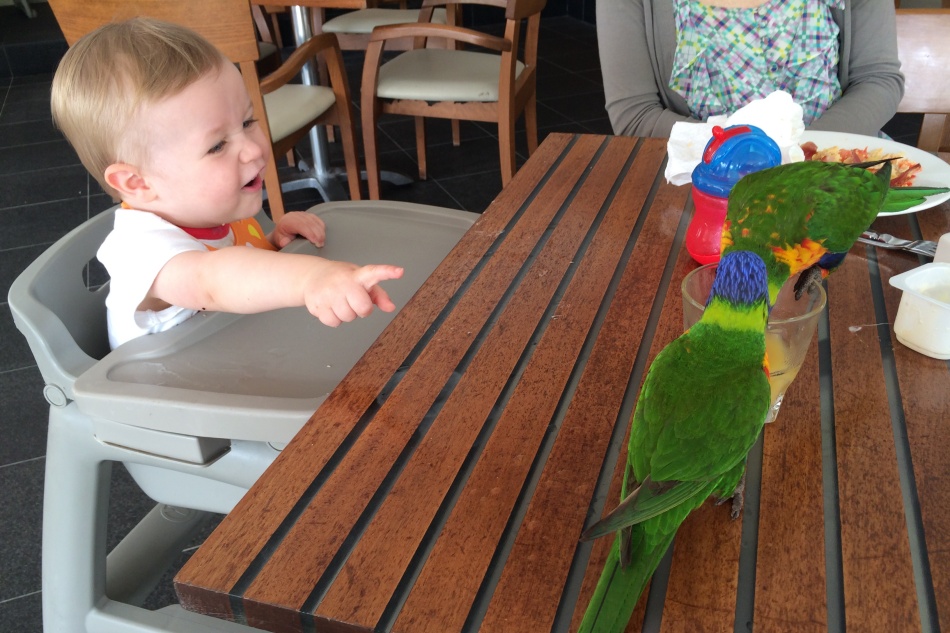 At breakfast Oscar would eat his body weight in Bircher Muesli and these naughty birds would come to our table and eat our food and drink our drinks. They weren’t scared of humans, you could flap your hand in front of them which would make most birds fly away but they wouldn’t even flinch. 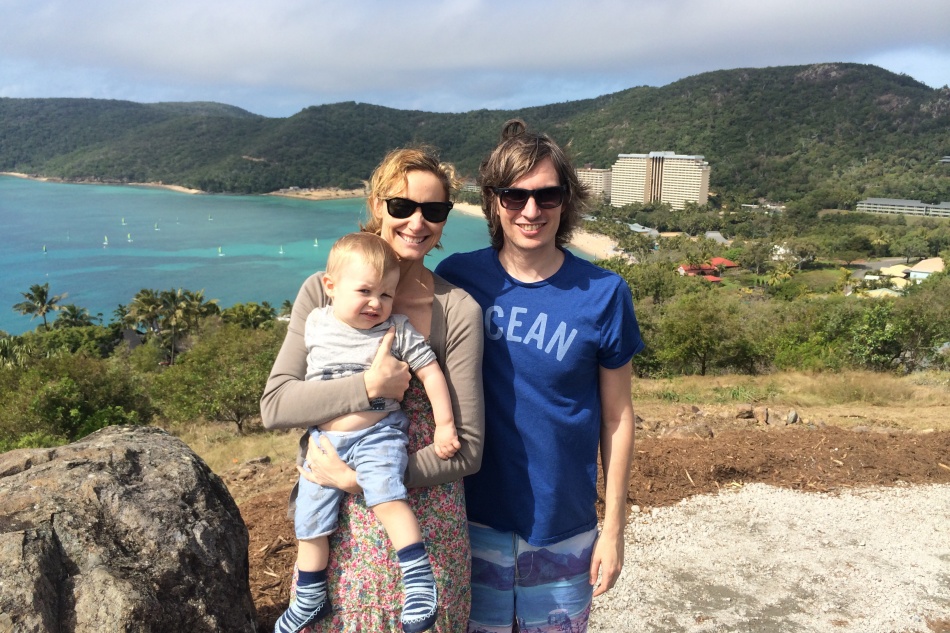 Top of the Mountain

One Tree Hill (which we think was replaced with a mobile telephone mast) has a great lookout, you can see in the picture the hotel we stayed in and the lovely waters of far north Queensland. Oscar and me ventured out into the sea up to feet deep, just because it was the middle of winter which hopefully meant there were no Irukandji jellyfish (one of the symptoms of being stung  is “Impending Doom“!!!). 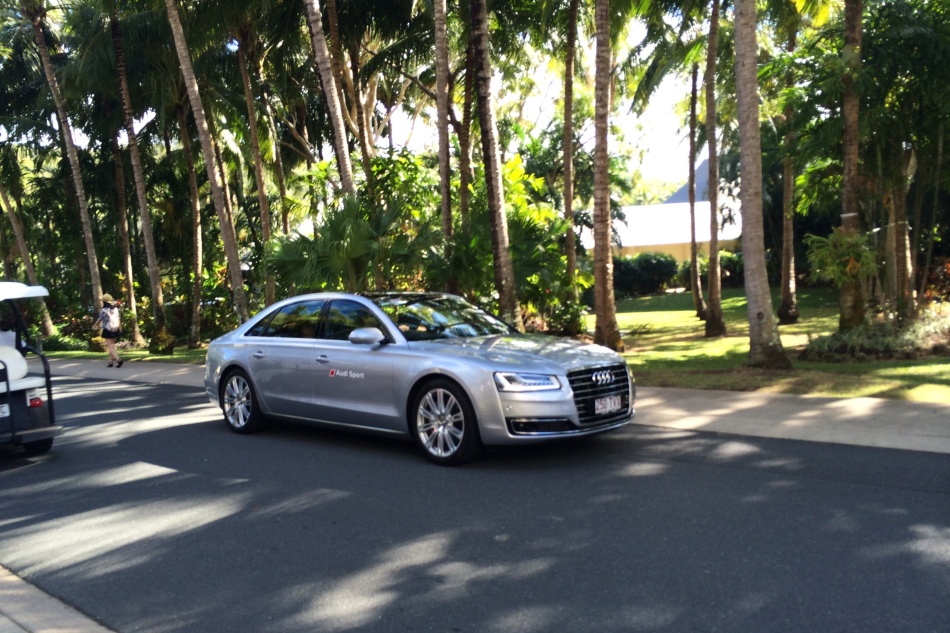 I felt a bit sorry for this car, it’s stuck on an Island with a top speed of 30 km/h. We had a great holiday and it was nice to be back in some warmer weather, the good news was when we returned to Sydney the weather was apparently similar to October temperatures! 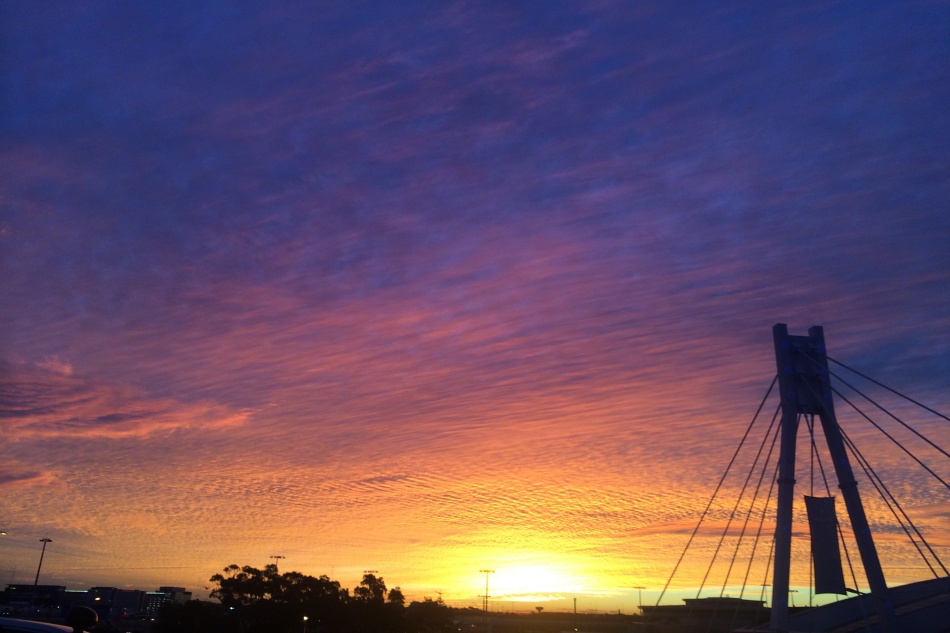 The sunset was amazing when were in the carpark at the airport back in Sydney!

A great trip and a great surprise Birthday present thanks Amy!