I have not done an updates about goings on for a while so this is a kind of amalgamation of a few weeks worth of bits and bobs that we have been doing in one post.

A few weeks ago Lorraine cooked us one of the best meals we’d ever had at her house. She did two curries and they tasted amazing. We then played a few games which I’ve got some great video footage of which might make it into a video I’m going to make sooner or later. 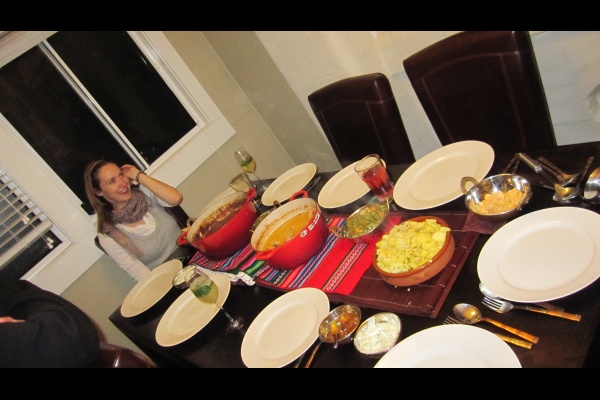 Amy with the Curries at Lozzas

We then had to say goodbye to Lozza as she departed on her world tour visiting countries such as Alaska and South Africa to name two of them, so we said our farewells with a dinner at Manly Grill, which is one of the crowds favorite although I still like Ribs and Rumps! One of the advantages of Manly Grill is the amount of sauces you can get, I took it to a new level and decided to get three, one is generally the accepted behavior but that is not fun. 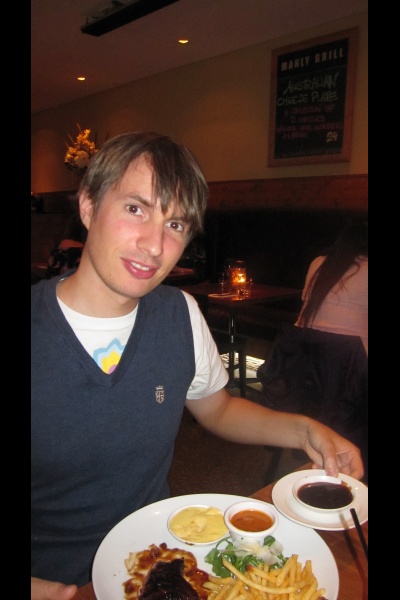 Me with 3 Sauces at Manly Grill

The following week was Marcy’s birthday, we celebrated this at their house in Potts Point. A chef came over and showed us how to make pasta from scratch which was good fun, and then we ate truffle pasta and had some other delicious food which was really good fun. 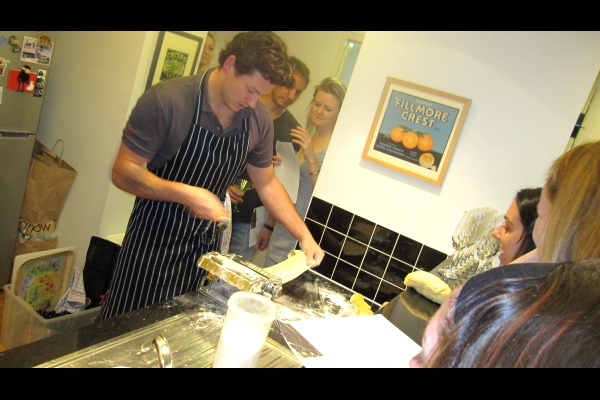 It was good fun and Chris had a go at making the pasta himself and he proved very good at it, a little too good as his turned our better than the ARIA trained chef! 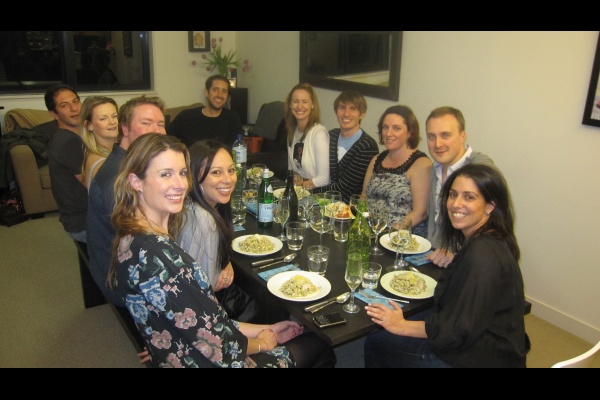 So that is it for the moment, lots of fun things coming up soon, including the big 3-0!