Amy and I set off for a Honeymoon late in the afternoon. The flight to Dubai is 15 hours but it went past really quickly, we both managed to sleep for about 7 hours and the rest was spent watching TV and Eating. I watched the movie “Senna” which was amazing and also “The Guard” which was good but nothing in comparison to In Bruges. We flew in the Emirates A380 which was cool, every seat had a mini-bar and at the back of the plane there was an actual bar. It was more of a novelty factor but much better than the Qantas A380 that just has a little bit of room to sit down. 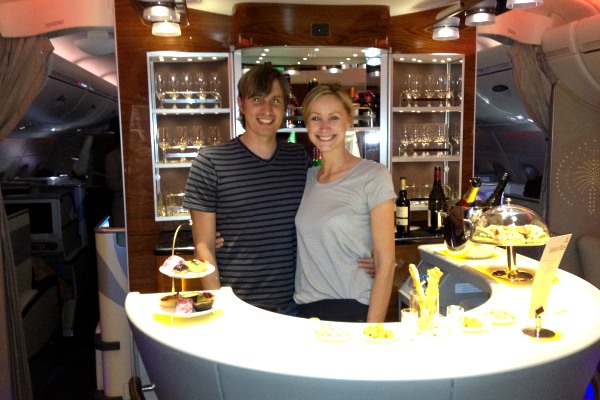 Amy and me in the bar on the Emirates A380

We arrived in Dubai really early in the morning and got driven to our hotel “The Mirage One & Only The Palace” at around 140km/h which seemed like the average speed for this country. It took us through the heart of Dubai where the tallest building in the world is. The main highway through it has skyscrapers either side of the main road and looks like something out of a futuristic movie – 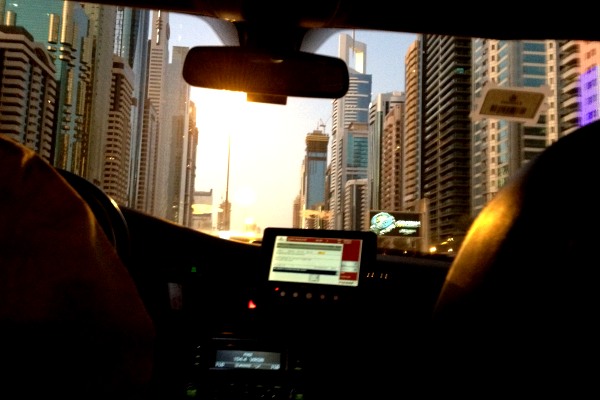 We arrived at our hotel really early which meant our room wasn’t ready so we had some breakfast and sat on the beach, which was facing one of the palms, man made islands in the shape of palms with Atlantis in the distance. At 9:30 we jumped in a taxi which took us to the “Dubai Mall”. I am normally bored of shopping after about 30 minutes but the Dubai Mall is fantastic. It has a huge Aquarium in it for a start – 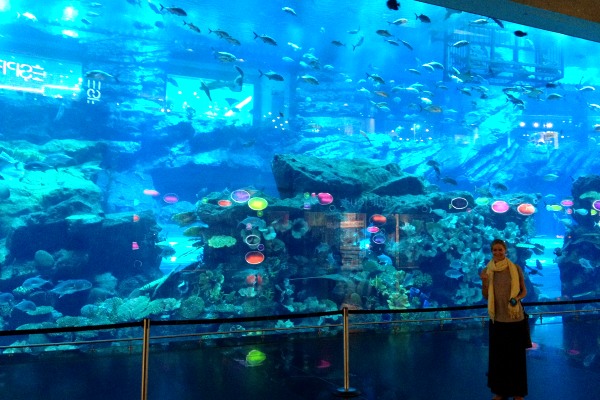 Amy and the Aquarium

The mall sets some records as the largest mall in the world, the largest acrylic single surface in the world (the aquarium) and it also has the worlds largest sweet shop which we never actually found to give you an estimate on the size of the place. The quality of the shops is also really high, with all of the UK shops we don’t get in Australia and all of the US shops I’d never been to before that were really good.

After an exhaustive trip to the mall we headed back to the hotel, checked in and got ready for our night out. First off we hit the rooftop terrance and bar at the One and Only. It was happy hour so we got some cocktails. We were told drinks were expensive in Dubai but if you are coming from Australia they are about the same price which made it easier.

We then headed to the Dubai Marina to go to “Budda Bar”, we were feeling really tired so got there a bit early, so it wasn’t actually open. We went for a walk down the side of the Marina. You can see building work going on all through the night but with what looks like virtually nobody doing the work.

Budda Bar was an Asian fusion mashup of food and we ordered lots of little bits to try out. The best by a long way was the Thai Green Curry Maki, which was a cross between a California roll but with the filling of a Thai Green Curry which was delicious! 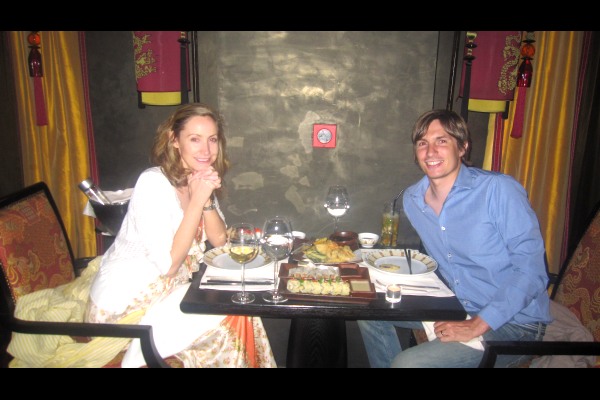 Amy the fire alarm and me at Budda Bar

We left relatively early from the Budda Bar at which stage it was starting to get busy. There was an impressive collection of vehicles outside such as the Mercedes SLS which its probably worth while having in UAE as it appears you can drive them as fast as you like.

The trip to the observation deck on the Burj takes you into an elevator which takes 1 minute or so to get you up 124 floors (there’s still another 40 floors above it). The views are fantastic but the height doesn’t really come across because of all the other skyscrapers around, although it is still impressive. The only downside was the hundreds of rat bag kids running around the deck at the same time. 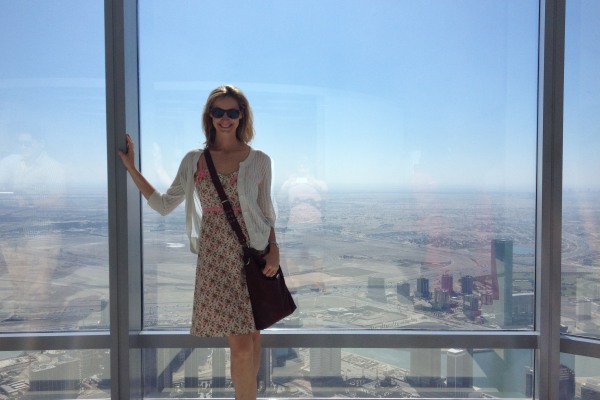 Amy up the Burj Khalifa

After the observation deck we went back into the mall to get a quick bit of lunch and then back to the hotel to meet up with our 4WD driver who would take us out to the desert to ride camels and other things of that nature.

The drive out to the desert took us past some construction places such as Mall of Arabia which is planned to be the worlds largest mall, surpassing the one in the centre. It was a bit far out and in the middle of nowhere to be honest, which I think was caused by the GFC.

When we got to the desert we watched a bird show with a hawk for 10 minutes and then back into the 4WD for a trip across the desert. There was a lot of people on this package tour which meant loads of 4WD in convoy going across the desert. It was really good fun and our guide took some of the slopes a bit faster than I would have liked. Amy had a really good time and I was just holding on and trying not to feel sick as we were right in the back on the axle. 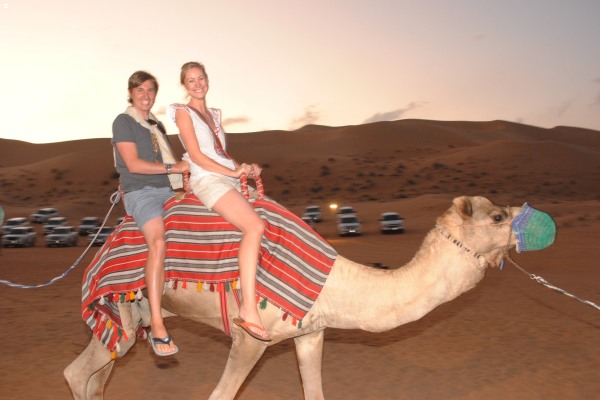 Arabian Days on a Camel

We got to a little camp in the desert where we had some food, watched a belly dancer and had our photos taken dressed up as people from the middle east. The photos were very good and I had to buy them but they were probably the most expensive photos I’ve ever bought though, such is the commission system for these sort of places. 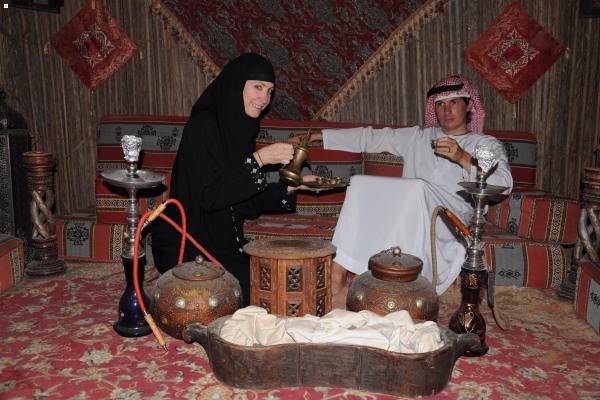 Amy and I with a change of lifestyle

We then got back in the 4WDs and headed back to Dubai. That night we went to bed and got up early for our next plane trip off to the Maldives! Woo!