Last week Marcy, Amy, Chris and I went on a trip to Western Australia. It is a 4 hour plane journey from Sydney to Perth. The first thing you notice about Perth is it doesn’t appear much different from Brisbane, Melbourne or Sydney, even though you’ve been on a plane for four hours, the only real difference I noticed was they aren’t very good at making coffees.

We arrived late on Friday night and went straight to the hotel. The next morning, before we hit the road for our trip to Margaret River we did a little tour of Perth. Marcy had been in town a few days for work before so she showed us “London Court” which was a simulacrum of thatched style houses in the UK. It was fun and we had a coffee. 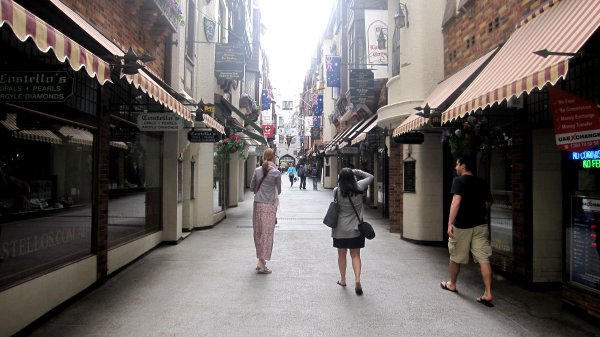 We then set off on our four hour drive south to Cape Lodge. Amy got given a gift voucher for free accommodation at work and Marcy also managed to get it by guessing answers to a quiz, so we were partially “competition winners” and that was the running joke for the rest of the holiday.

The prize the girls had got from work was pretty good, we got a free dinner (degustation) and a free food plate to have on another night. Cape Lodge was pretty cool it had great views over a lake and DVDs we could hire from the room.

The degustation was fun, it was partial sea food but modified for Amy as she doesn’t really like sea based food. One of the courses was crab mixed with fish sauce and some other fishy stuff which was hard to get through but altogether very nice. 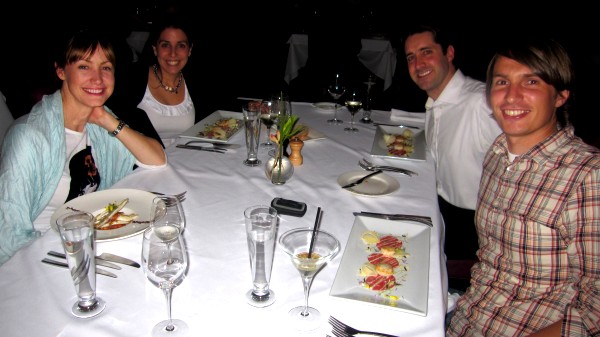 We spent most of the time going around wineries tasting wine. I don’t drink wine (it burns my throat) so I was designated driver. One place had petanque and so I occupied myself with that whilst the rest of the team drank and bought vino. We had lunch at a fantastic place called Hay Shed Hill. We sat outside and had really good service and some delicious pizzas – 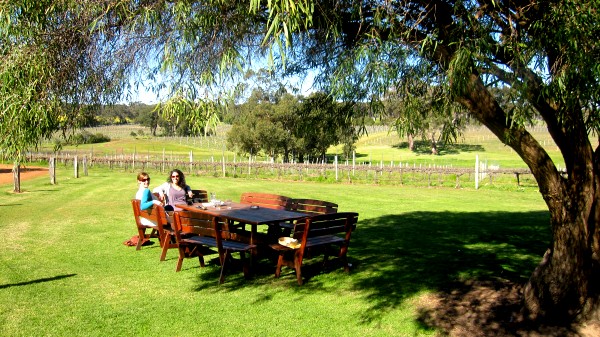 We got take away one night and ate it in our rooms at Cape Lodge and had a movie night watching Darjeeling Limited and Pulp Fiction back to back. I forgot how good Pulp Fiction is as a movie.

When the free stay at Cape Lodge came to an end we moved onto Smiths Beach Resort, apartments next to Smiths Beach, not too far up the road from Margaret River. We had our own kitchen which actually made a nice change from eating out as I think we were all getting a bit sick from it. It had a BBQ and we had some awesome meals, including Mexican night which was one of my favourites. We drove into the town of Dunsborough quite a few times to get bits and bobs and it had a pretty good shopping area (at least for Marcy and Amy), Chris even took timeout to get his hair cut. 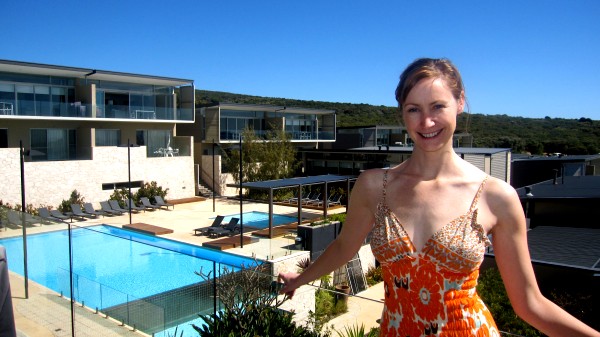 I went into that pool for about 25 seconds and I think I came close to getting hypothermia.

WA has the advantage of the sun setting over the water (as it faces West) so we went down to the beach for sunset. We sat on the beach and drank some beers and watched th sun as it went down over the water, Marcy took a nice picture of Amy and I – 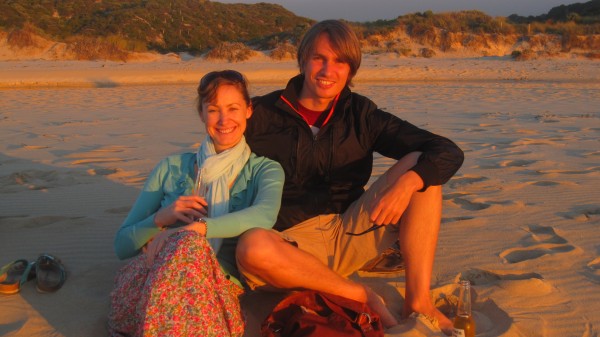 Amy and me on Smiths Beach

On one of the days we went to Ngilgi cave which reminded Amy and I of our trip to Sardinia where we had a similar Cave experience. It was much warmer than we expected in the Cave so pullovers weren’t necessary – 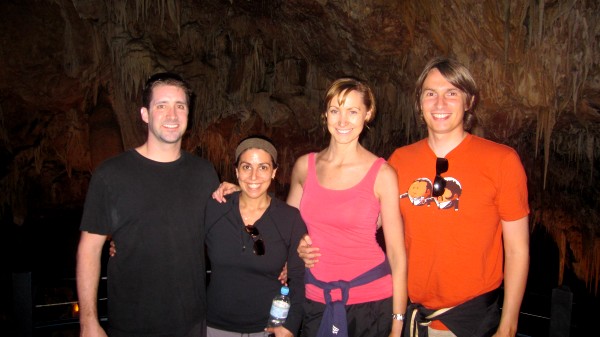 Chris, Marcy, Amy and I in the Ngilgi Cave

Next stop on our tour of WA was one night at the Quay West resort near Eagle Bay. We took a wrong turn one day and ended up down there stumbling across the resort and the amazingly blue waters of Eagle Bay. Here’s Amy and me with the sea (the water was pretty cold but not too bad once you were in, I went for a swim with Chris  the next day, just to say I’ve been in the Indian Ocean). 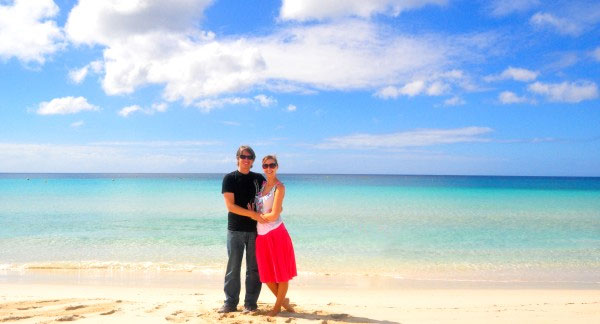 Amy and Me at Eagle Bay – Water really was this colour!

We stayed at the Quay West and had dinner there, Chris told the waitress how good the service had been on our trip to WA which really put her on edge I think!

The next day we headed back to Perth but not before stopping off at the Little Creatures Brewery in Fremantle for lunch. Fremantle is a cool little town we made a quick stop on the way down and decided we had to go back again on the way back.

When we got back to Perth we had a booking at a Ha-Lu a Japanese restaurant but before we hit that I went over to visit Charmaine, someone I used to work with in London who has just had a little baby Tom – 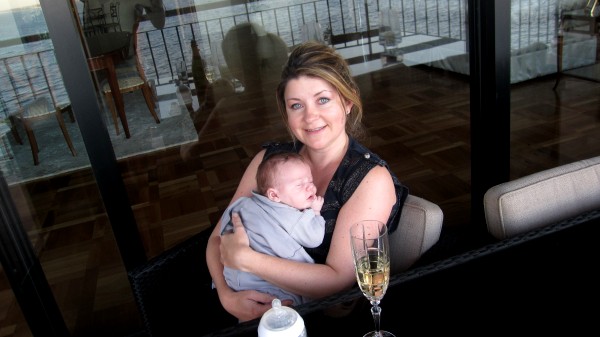 The next morning we had breakfast/lunch at Subiaco, a little town of Perth and then went to the Casino (which was a wasted trip because of dress code restrictions). The flight back was only 3.5 hours thanks to the jet stream.

An awesome holiday and great to spend it with Marcy and Chris as well thanks guys!