Back in the day blog posts used to happen a few times a month, now they barely happen once per year. I was trying to think of the reasons behind that and I’ve boiled them down to –

Blogs are awesome though, they are not silo’d like networks and if you’ve got the time are great, so, here’s a post that starts off in August of 2014. 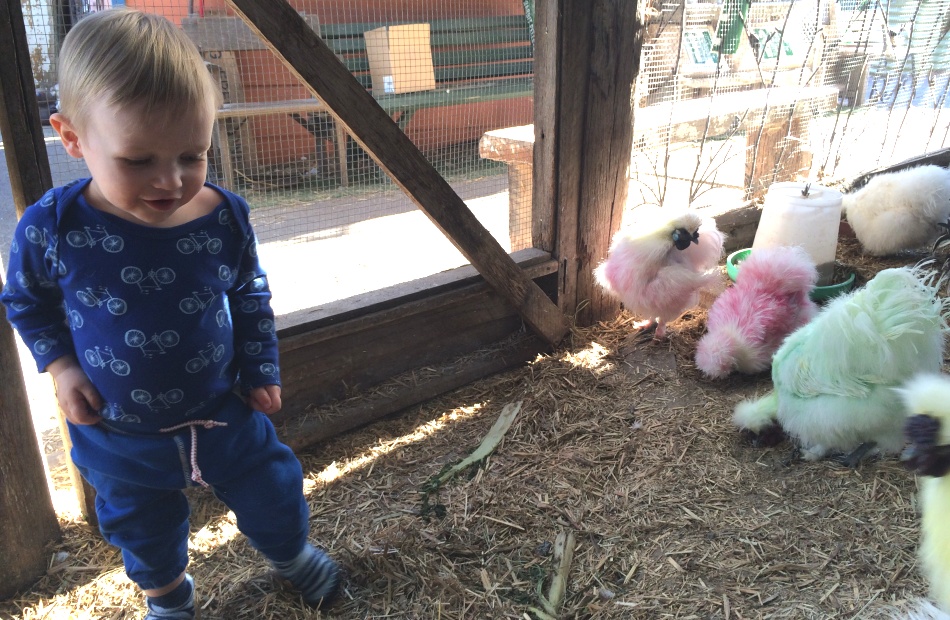 We’ve spent a lot of time at New Leaf Nursery, a Nursery which lets you put your children in with animals. It’s a star attraction and totally free! 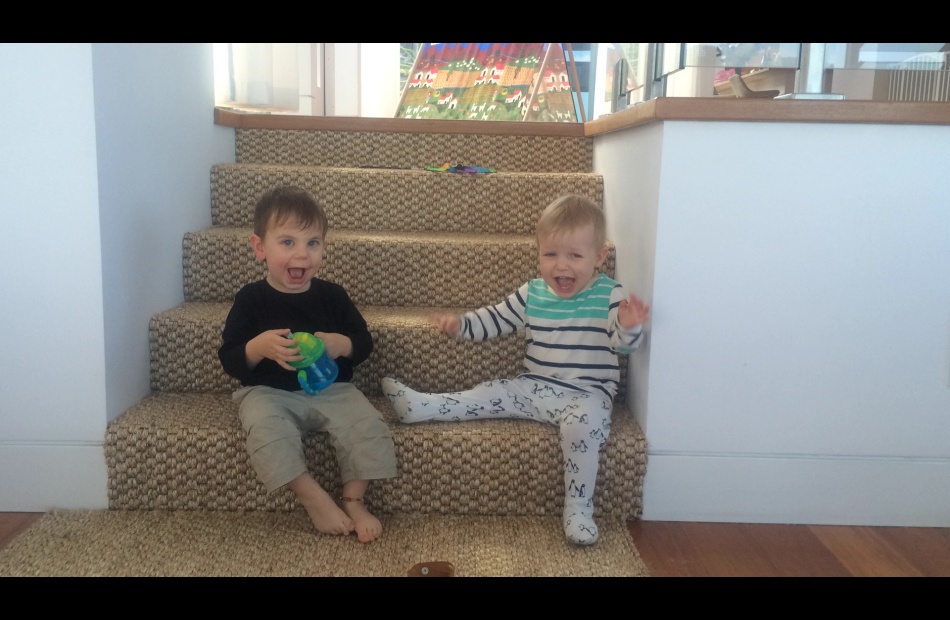 Matt, Lorraine and Tomas came to visit us, our first guests in our new place and it was a good fun weekend. I’ve got a signature cheese board that Matt said was “one of the best cheese boards he’d ever had”. 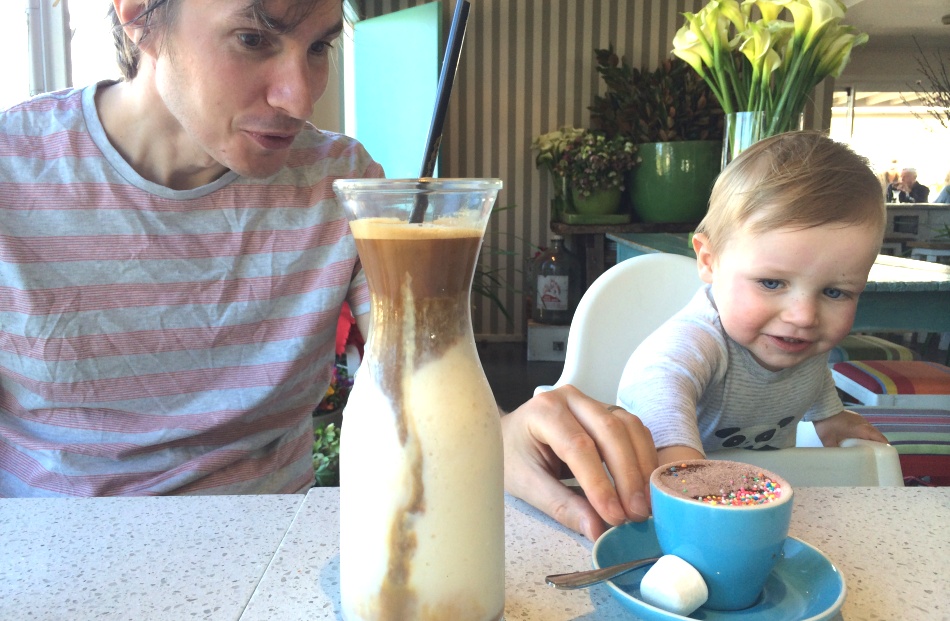 Oscar started to really get into babycinos and especially the marsh mellows that come with them! 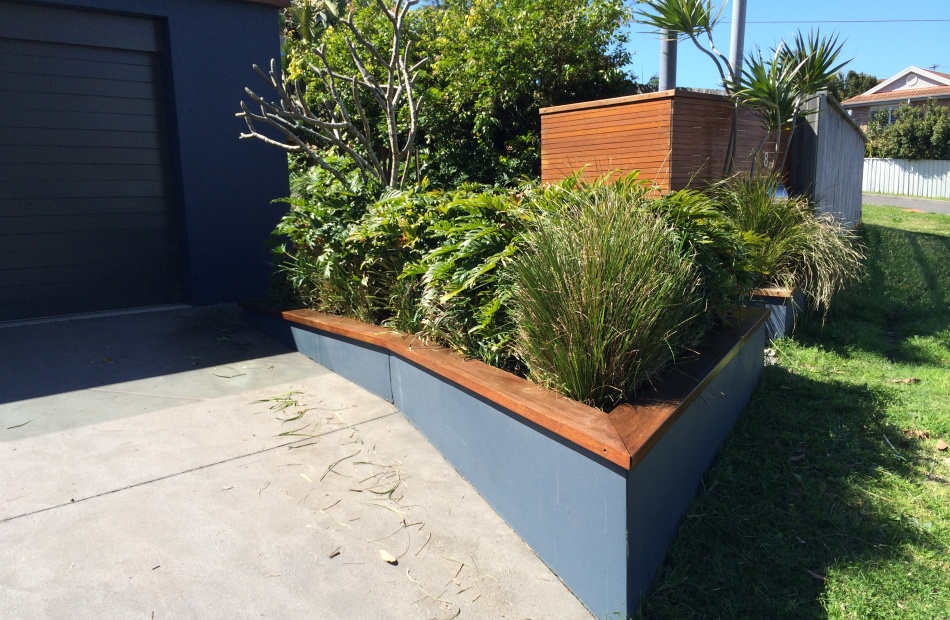 I spent a lot of time working on the new place. I totally underestimated the amount of work that goes in to maintaining a house. You can get other people to do it but where’s the fun in that? I re-oiled this wooden edge at the front although to be honest it really needs to all be taken up and started again which would probably take me six months. 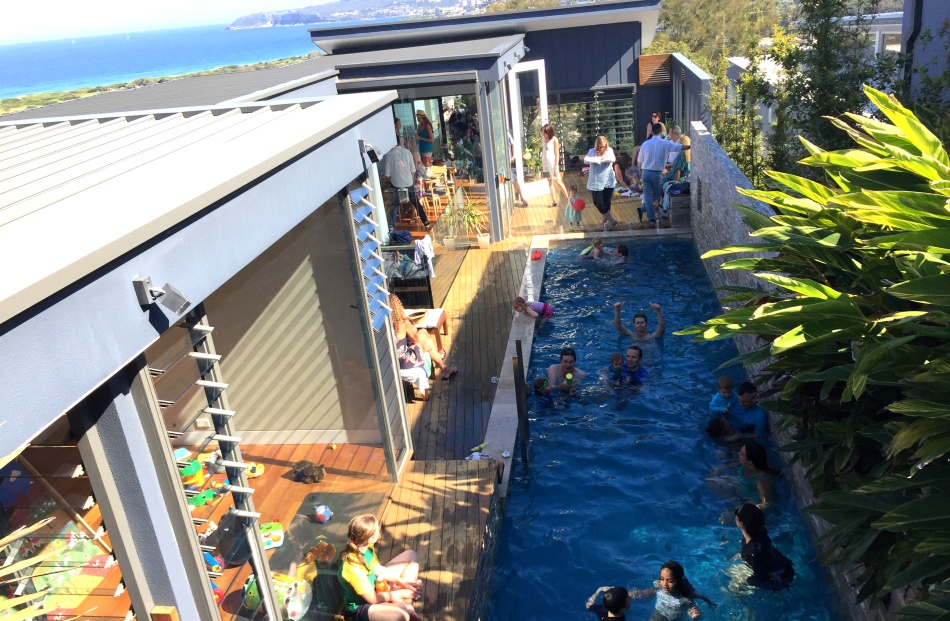 We had a house warming party and everyone was invited! It was great fun and the pool got some serious use. We lucked out on a sunny day. 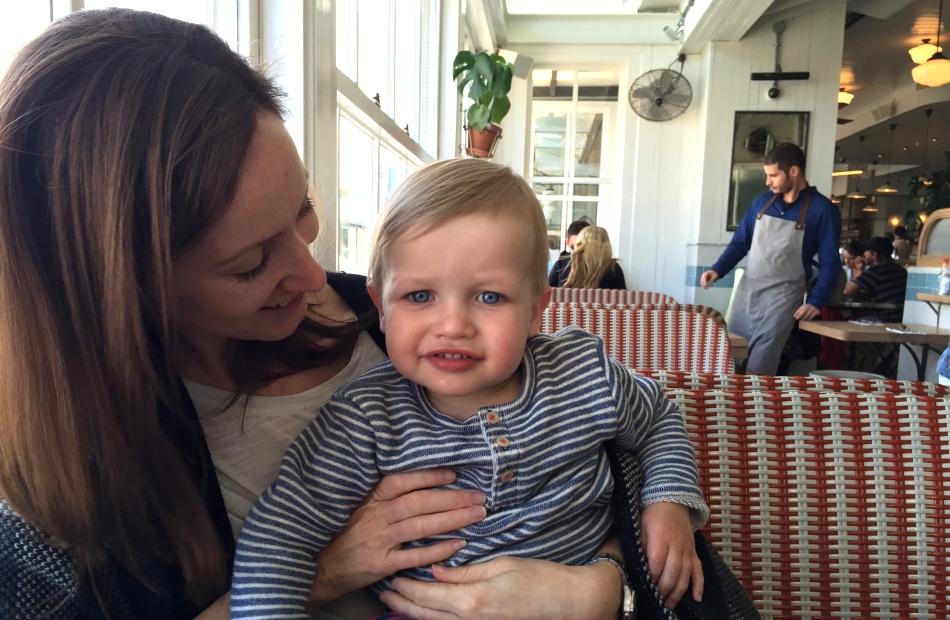 We tried out some of the new restaurants in our old haunt of Manly, here is Amy and Oscar at Papi Chulo on Manly Wharf. Oscar at this age has started to get a bit harder to take to restaurants. 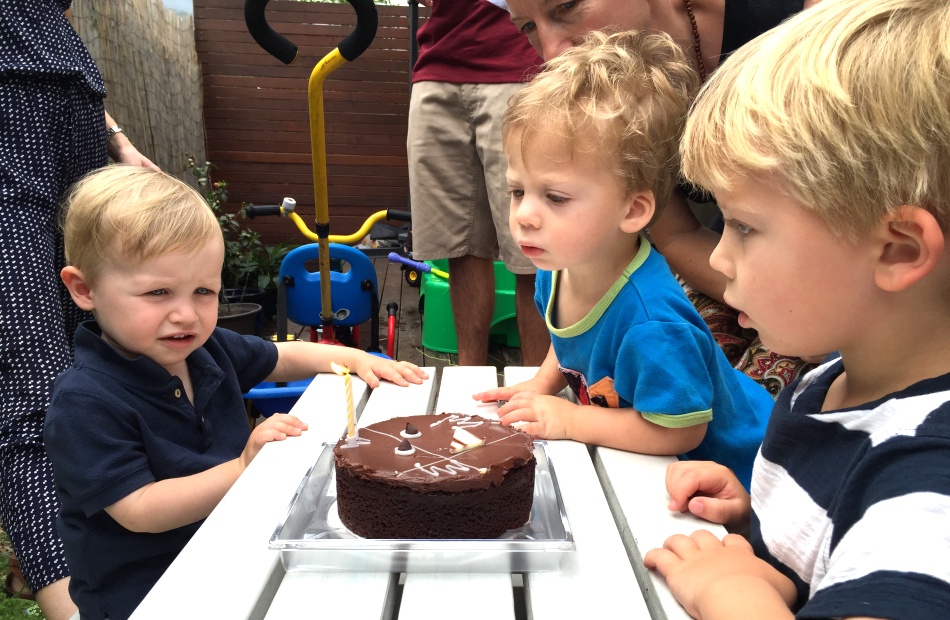 A lot of our friends in Sydney moved down to an area called Helensburgh, here’s Oscar with Sonny and Hugo for Sonny’s 2nd birthday – Oscar is about to eat the first bit of chocolate cake. 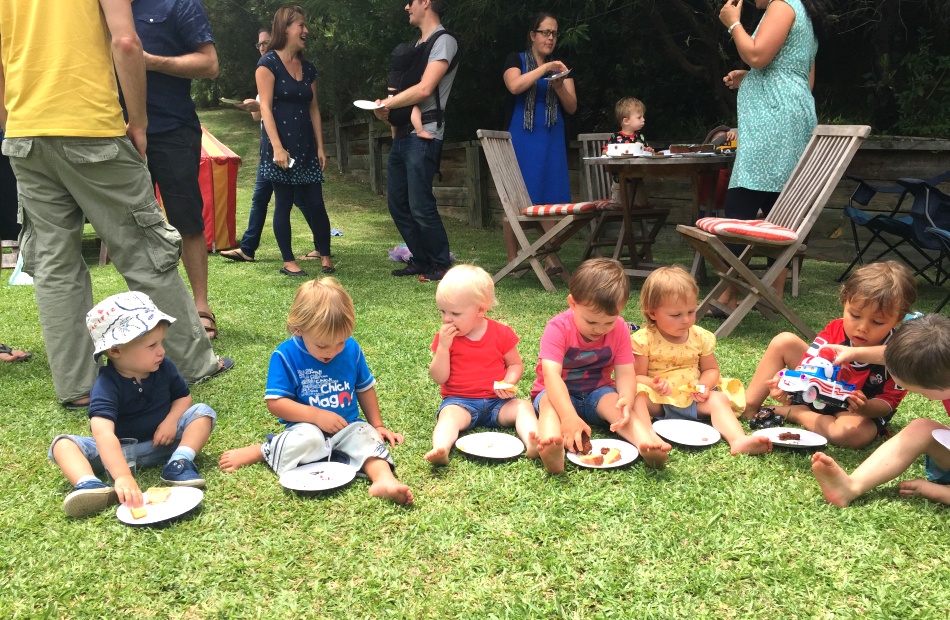 Another trip down to Helensburgh and we’re at Alex and El’s house for another birthday party for their children. Cake is now a staple food. 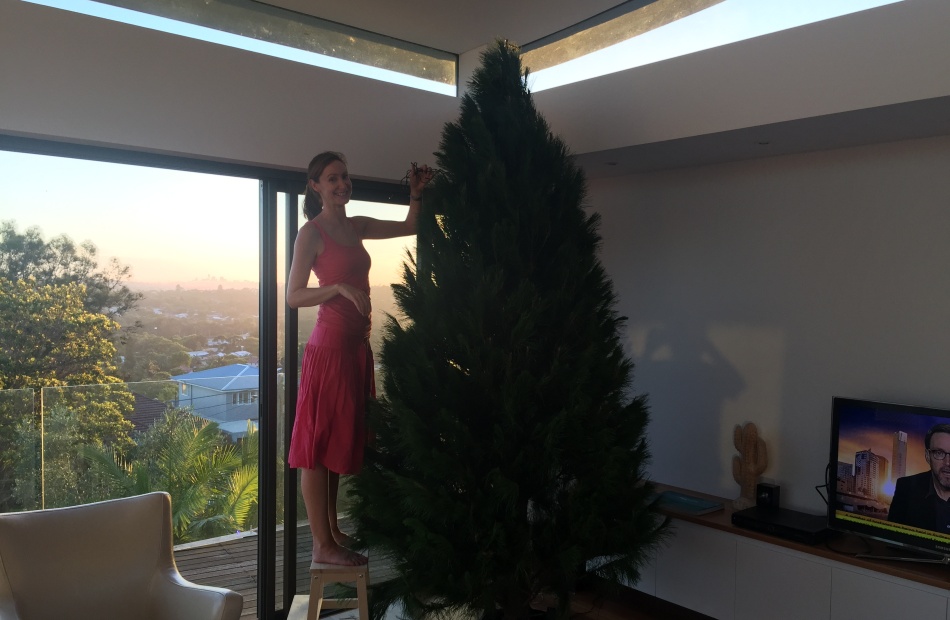 Christmas came and we had to get out first real Christmas tree for Oscar’s 1st Christmas at home (and ours as well in Australia, we’d always been up to Brisbane). The tree we got was over the top and we had our Christmas lights up and running in November. The neighbors didn’t say anything. 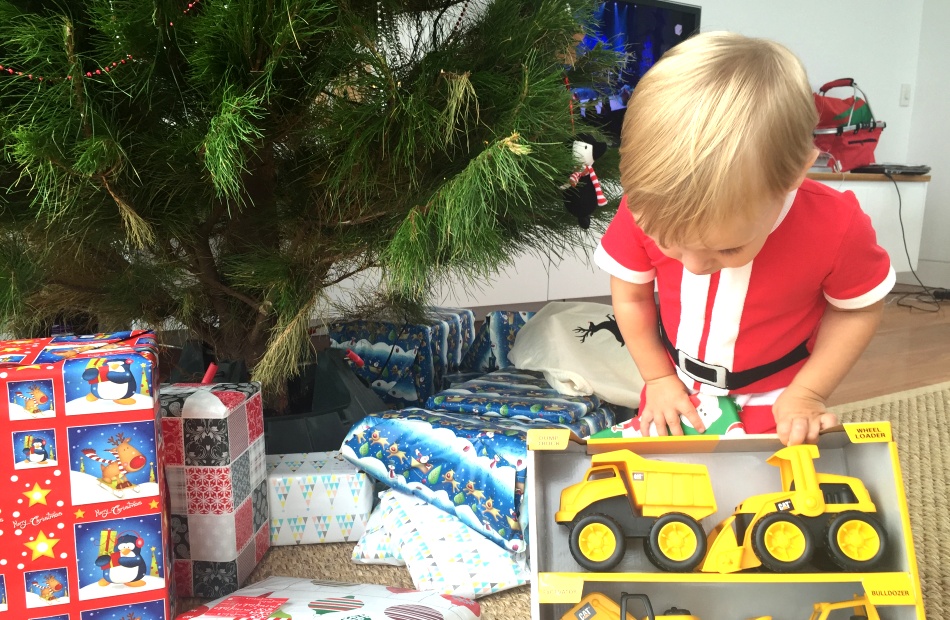 Diggers for Christmas and a Santa suit! 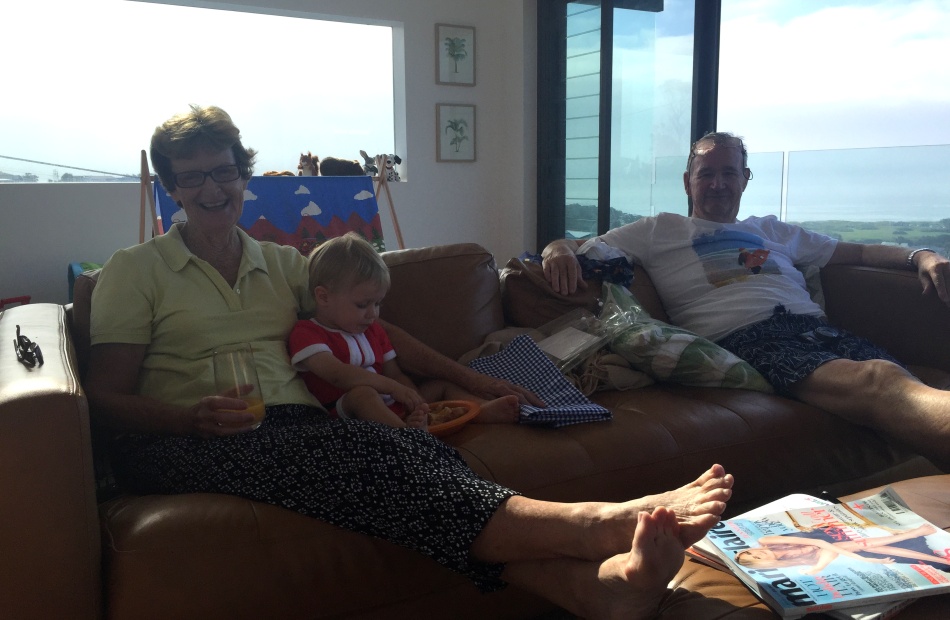 Nanny and Poppy were down from Brisbane for Christmas which was good fun and Oscar really enjoyed it even though he jumped on them a bit too much on that couch! 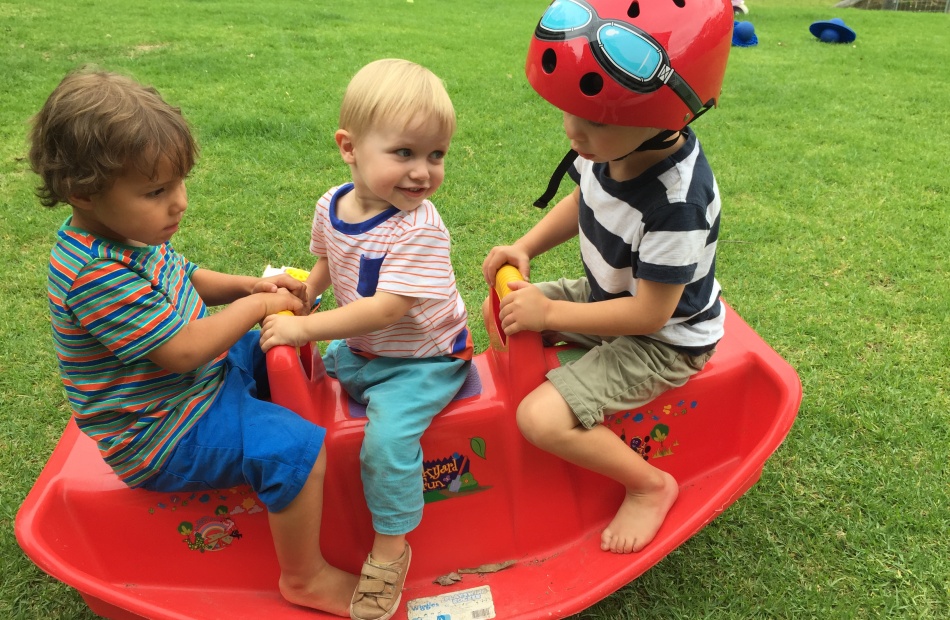 For New Years we went to the Hunter Valley for a few nights to also celebrate Nancy’s 40th birthday. We were in a large family house in the middle of nowhere which was lovely and Oscar had lots of friends to play with. 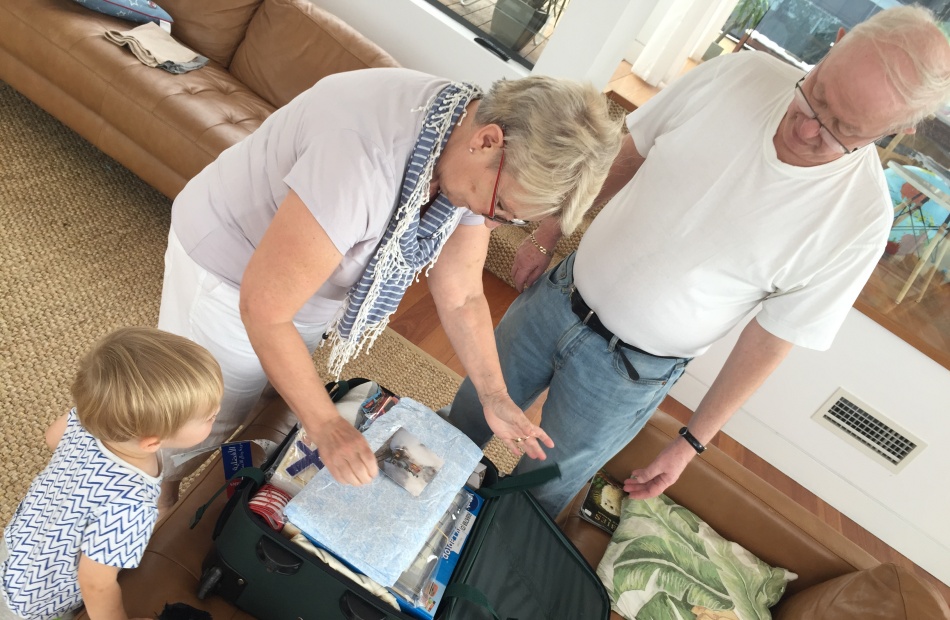 February and my parents (Booma and Boompa) came to visit for a month from the UK. Here’s Oscar having a look at some of the many gifts he got from them on their arrival! 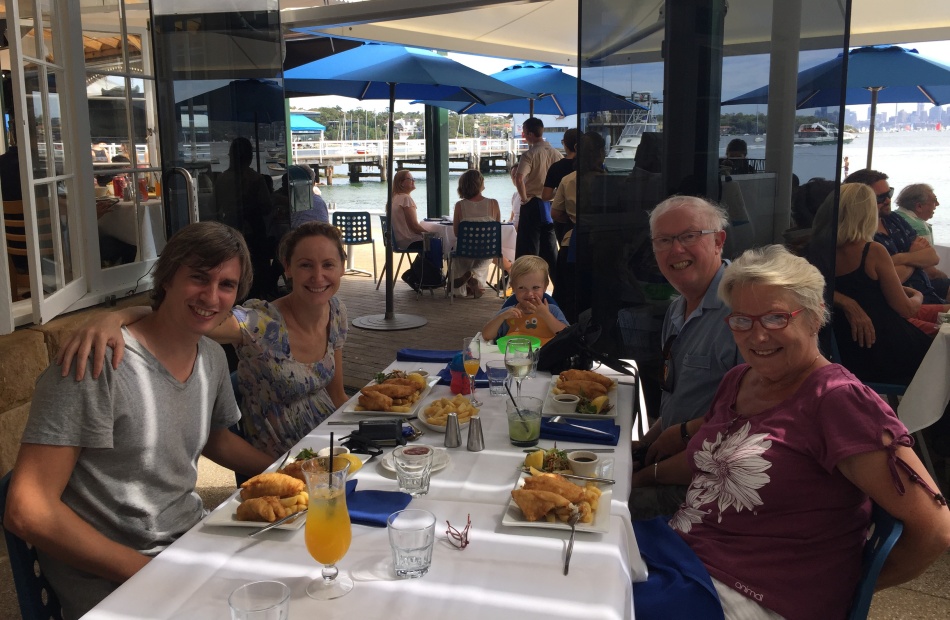 He we all are at Doyles in Watson’s Bay having one of the best fish and chips Sydney has to offer.

We visited the Wildlife Center in Sydney and Oscar got up and close with a devil and a number of snakes, thank goodness for the glass barrier – he’d be in there hugging it if he could.